Starting any business, including a shoe business, could be fun when the sales are going up and the profit. All business is sure to stand firm when they have built a brand just like the “Nike Shoes.”

We all know a Nike shoe by just seeing its LOGO. This is as a result of the brand they have been able to build within time.
During the COVID-19 Pandemic LockDown, lots of business, which includes shoe business, went down the drain due to lack of brand, and by branding, I mean..NO ONLINE PRESENCE!!!! 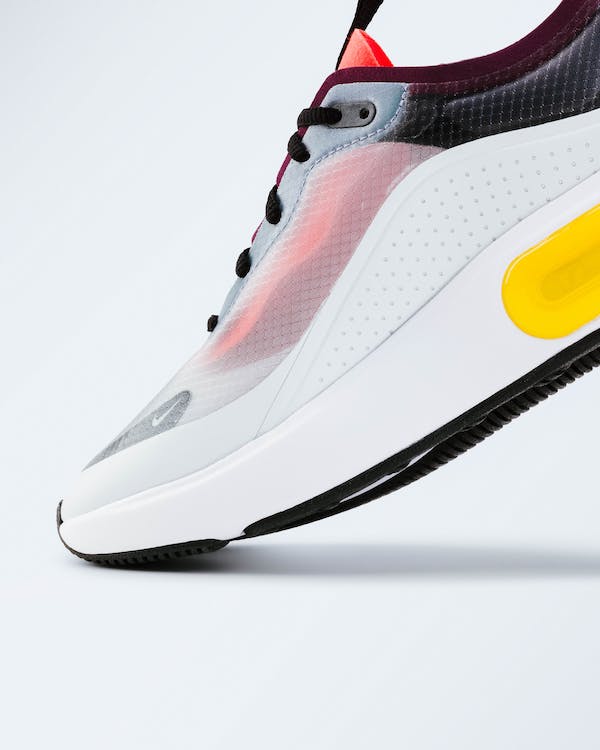 The Whole World is going digital irrespective of your business; you have to move with the wave in the business industry, which inclines to make an online presence for your shoe brand. And not just a rented or the owned shop where you make sales.

A perfect way to build your shoe brand online is via the use of social media. To be specific, let’s talk about Facebook or Instagram today, most importantly, Facebook, because based on reports and information gathered, Facebook has the highest number of users worldwide. It is the most useful social media platform presently. 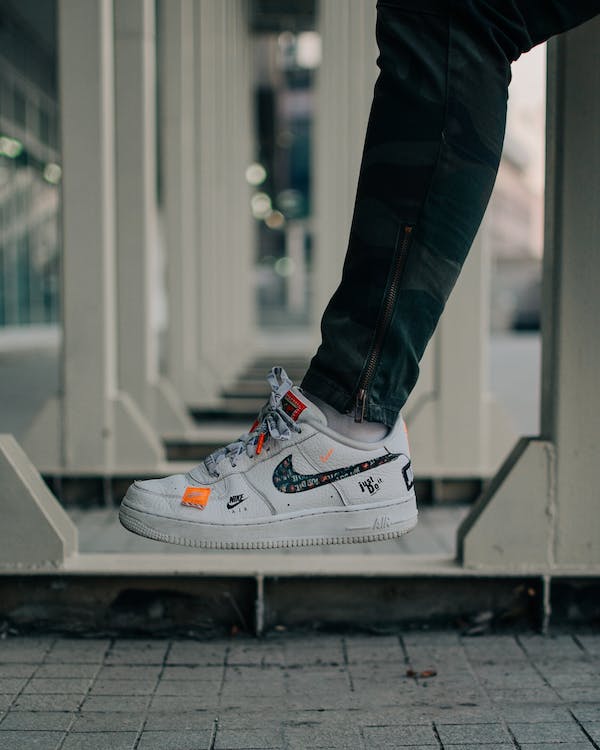 So this would be a good platform for building the online presence of his/her shoe business by creating a verified and legitimate Facebook Page using your brand name as both the Page Name and UserName….publish a good cover photo and display(profile or brand LOGO) picture.

You can then run some Facebook Ads to boost your reach and presence, after which you create some posts or videos… of your shoe brands, you can snap and post with a nice caption stating the model of the shoe and features..one interested can order ASAP, and you make a sale immediately.

Others may be interested but will buy your shoe products at another time due to funds…many tend to screenshot the post on Facebook and keep on their smartphones as they gaze upon the shoe style daily, increasing the thirst and hunger to get the shoe on their legs.

Others may also shoe their friends, family, or relations hereby one would find the shoe products nice-looking and get one for himself or another person(friend). 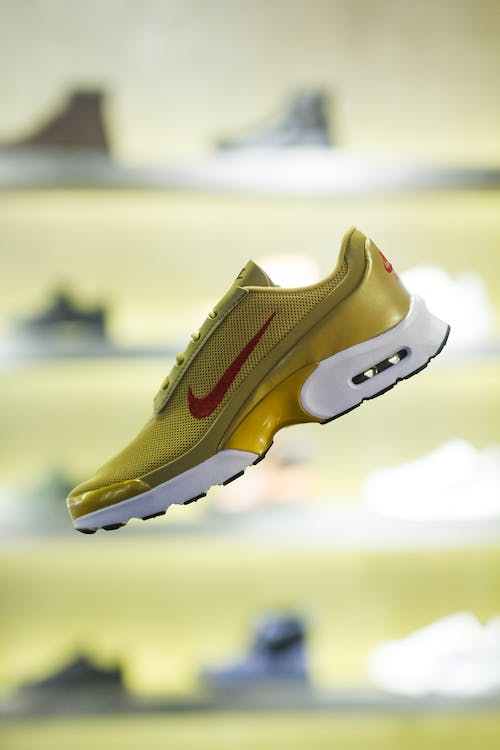 It’s always good to be consistent in posting new updates on your shoe products because a lot might be taking screenshots, and you wouldn’t ever know when a big sale is by the corner.

Have a Nice Day, Guys…

Are you on a quest to know where Nike Shoes were made? Have you ever taken your time to know more about the Nike shoes you put on every day? Are you one of those that think Nike are a US-based company? Anyway if you don’t have a clue about any of these questions, we have done a thorough job to give you every nitty-gritty you need to know about this footwear company, and in this article, we will be answering you concisely,

WHERE ARE NIKE SHOES MADE?

Before now, we have always believed that Nike shoes are made in the US, and most materials are fetched around the United States of America, but contrary to our belief in the course of our research, we discovered that Nike shoes are being manufactures in 14 different countries this does not only dislodge our myth, but it will shock you to know that about 96% production of Nike shoes is being done in China, Vietnam, and Indonesia.

Nike has been in existence as far back 1964, but the company made her first sales of Nike shoe in 1972, Nike’s first products were running shoes, but after the wide acceptance of the company products, the company quickly branched to making tennis shoes, basketball shoes, skate shoes, and cleats. But as of today, the company had over 100 different types of shoes and apparel.

According to the official information from Nike company, production was initially in the US, but as soon as there was a greater demand for the company’s products, the company outsourced the production jobs to factories in China, in the year 2010, Nike company in Vietnam became the largest producer of Nike shoe after out producing factories in Indonesia and China. Nike company has over 72 working factories in China, where other Nike products such as Sneakers and slippers are being manufactures. Just in China only, over 42 varieties of Nike apparels are made, over 30 varieties of Nike shoes are being made from China which is distributed all over the world.

Where are Nike Shoes Made?

Majorly, Nike has her production unit in the following countries, China, Vietnam, USA and Indonesia, but the country has factories and production units in other countries of the world.

the united states of America happen to be the headquarter of Nike’s shoes and many other products. In the USA, Nike has about 42 functioning factories. In these factories, there are about five different equipment and over 37 different types of apparel are being produced. This use to be the formal operational base of Nike until the company outsource its production to China, Vietnam and Indonesia.

How Many Countries Does Nike Produce Shoes in?

In total, Nike company has factories in over 41 countries of the world and each of the factories producing at least 2 Nike’s products.

HOW ARE NIKE SHOES MADE?

There are quite several production steps that are involved before you can have the smart-looking Nike shoes you see around. The materials that are required for production include the following, cotton, polyester, Eva foam, rubber, synthetic leather, and the leather itself. In the company quest to limit the effects of her products on the environment, they ensure most of the material uses can be recycled.

The report made available by the company shows that 19% of the polyester is recycled to produce Nike shoes and close to 82 million water bottles are also recycle to produce polyester that is used for the production of the shoes. It will interest you to also know that the company is making use of about 70% rubber that is produced environmentally from Thailand, Indonesia, and Malaysia to make her products.

Furthermore, the company is acquiring organic cotton that has no pesticides, no synthetic chemicals, no fertilizers from India, China, Turkey, and the USA. The recent information that was made available to the public domain, the company stated that it has started making use of fly leather in place of grain leather due to less amount of carbon footprint, it is lightweight and durability.

The company has her own shoe designers, engineers, and developers that first design the shoe prototypes, materials are also selected by the designers, and after the prototype is mimic, it will be forwarded to the factory for mass production.

The company will give all the required materials to the factories majorly factories in China from the US, and then the factory will produce and pack the products. Then it will be forwarded to the distributing sector of the company to make it available in over 1,152 Nike stores across the world.

Nike commonly makes use of cold cement assemble for her production, which is a high energy procedure. This process involves attaching the upper part of the shoe to glue under high mechanical pressure; after this, sewing follows, sock lining and finishing are done. The company ensures products are carefully inspected before distribution.

You have asked yourself, are Nike shoes Ethical? The best answer to that question is yes. Nike ensures that facilities in the factory’s use are safe for workers, the safety of the factory workers, and the best materials are used for the production of their different products are eco-friendly.

DOES NIKE USE FORCED OR SLAVE LABOR?

According to an official statement from Nike, the company stated that it is a saddle with the responsibility of conducting business ethically, and in view of this, she expected her workers to do the same, showing commitment to duty and other responsibilities expected of any of their partners. It was further stated that the company hold in high esteem efforts to end both national and international form of forced labour. All of their systems, partners, suppliers have a code of conduct that guides the practices, production, and monitor the whole system.

To conclude, in the past, the 1970’s Nike Inc. has been alleged to use sweatshops in the production of footwear and apparel, and the company has continued to deny this claim from the past giving evidence that the company has fewer control over sub-contracted factories and the commencement of occupational health and safety auditing has commenced since 2002.

HOW MANY COUNTRIES DOES NIKE OPERATE IN?

Nike is one of the most complex and diversified organization today, the company operates in over 170 countries of the world and has over 1,152 stores across the globe. The company can be proud of over 30,000 workforces all over the world.

Yes that is all we have taken our time to provide you with, we have given you where Nike shoes are being produced, also the number of countries Nike has her operational office, we have also carefully given the procedure for the production of Nike shoes if there is other information you are expecting, and we have not included in this piece, please do well by dropping your comment via the comment section, we are looking forward seeing your reaction and candid opinion on this content, you can as well share this information with friends if you find it useful.

Welcome to WordPress. This is your first post. Edit or delete it, then start writing!